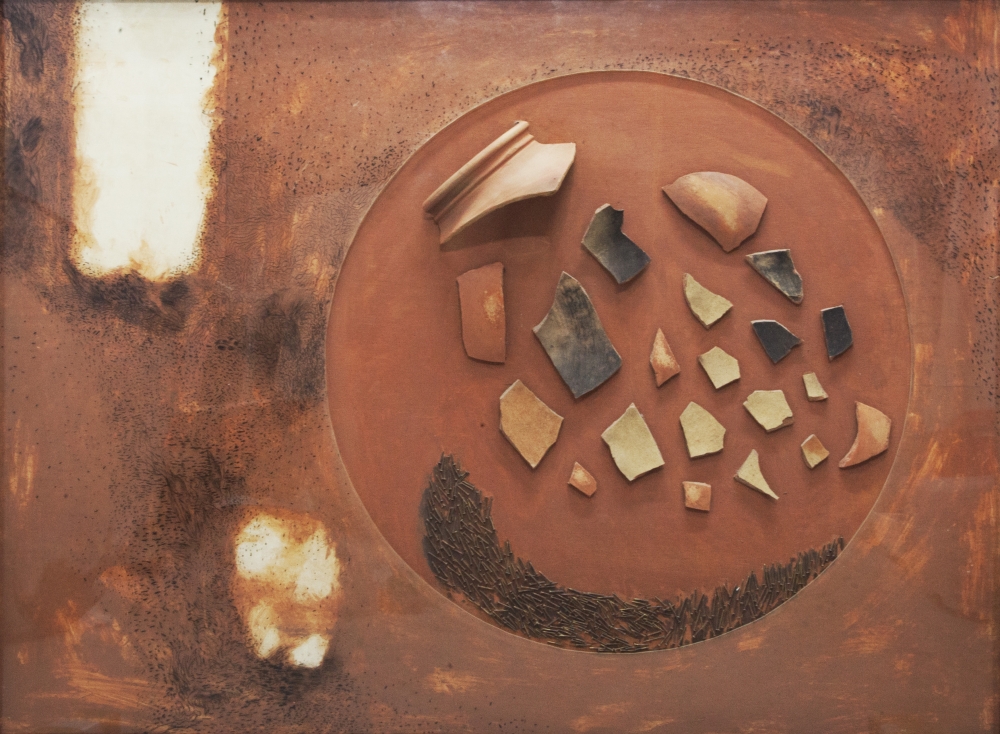 One of India’s pioneering performance artists and conceptualists, Rummana Hussain is known for her bold explorations of female subjectivity trapped in discourses of family, religion, nationalism, and welfare.

An artist provoked into activism by the 1992 demolition of the Babri mosque in Ayodhya at the hands of fundamentalist Hindus and the ensuing riots across India, Hussain (whose life was brutally cut short by cancer in 1999) is noted for her seemingly sharp departure from her figural, painterly works of the 1980s to her abstract, highly sensuous installations and performances of the ’90s, for which she is celebrated. “Breaking Skin” maps the transition between these two disparate sets by presenting works from the early ’90s that constitute the artist’s earliest experiments with abstract forms and unconventional or mixed media. On display are works such as Love over Reason and Yoni, both 1993—made with charcoal, indigo and colored earth on paper—where evocations of the female body merge seamlessly with visions of scarred landscapes, alluding to battles fought on and over that body and mirroring the violent intrusion of history into the realm of the personal, the intimate, and the sexual.

The violent rise of divisive politics is conjured starkly in Tower of Babel, 1993, in which printed images of the Hindu goddess Durga bounce across a board, at one point breaking out of an architectural grid. Shards of a pot arranged in one corner mark the destruction left by the goddess’s relentless march, summoning visions not only of the Babri mosque but also of a nation in ruins.